Disclaimer: Please note that the links used in this post do generate a (super) small commission for me if you make a purchase.

Fenty Beauty was started by Rihanna in September 2017.  In this Fenty Gloss Bomb review you will start to understand why Fenty Beauty has exploded! Since then, she’s been launching some staple products including her pro filt’r primer and foundation that has now reached 50 shades!  I have tried a few products from Fenty Beauty but my most recent purchase was the Gloss Bomb which they call it a Universal Lip Luminizer making it easy for anybody to wear.

If you have tried Fenty makeup, you’ll know that the entire line is very well thought out.  There aren’t many products that are released but the ones that are have a high quality. I love the trophy wife highlighter as well because it’s the perfect holographic glow.

The Gloss Bomb originally started out as one shade in a universal glow called Fenty Glow Shimmering Rose Nude.  It was supposed to be a perfect colour and nude gloss that flattered every skin tone.  The line then expanded to include a opalescent colour called Diamond Milk which has a ton of glitter and is perfect for more of an evening look.  The last colour in the Gloss Bomb collection is a cheerful pink called: FU$$Y.  I wasn’t going to pick this up but one of my favourite YouTubers Samantha Ravandahl said it was one of her favourite glosses of 2018.

Here are all of the Universal Lip Luminizer Gloss Bombs so you can see the true colours:

The Formula of The Fenty Gloss Bomb

The Fenty Gloss Bomb has a lot of glitter in it so I thought it would be very sticky and the glitter would bother my lips.  That is definitely not the case with this product. I found that I couldn’t feel the glitter at all and it was super smooth on my lips.  I first tried this product out in the store and walked around with it on my lips for 20 minutes.

It’s also sometimes referred to as Fenty Beauty Gloss because it makes any look flawless and beautiful.

At first, I wasn’t going to buy it because I thought I already had a similar colour in my lip gloss collection.  However, I loved it so much by the time I had to leave the store I had to purchase it. It was only $23 Canadian and for a luxury lip gloss, I figured it was worth the money.

The packaging of the Fenty Gloss Bomb is unique because of the applicator and size.  Firstly, the applicator is a big doe foot, meaning, it’s really easy to apply all over the lips because it’s wide enough to cover in one swipe.  I also find that I don’t have to use a mirror because I don’t have to be as precise with it.

The Gloss Bomb is also not a long tube, it’s wider and more stubby than some of my longer glosses.

I love this because sometimes I find that the skinny tubes don’t fit into my small purses so I prefer a smaller version.  However, even though it’s more stubby, I still find that there’s the same amount of product as there would be in a long tube.  It’s all about perception!

I love how the Gloss Bomb lasts.  I haven’t had the opportunity to wear it and time myself but I find that the reapplication process isn’t too bad.  Also, when I wear Gloss Bomb outside, it protects my lips while giving it a bit of colour especially with Fussy – which keeps my lips looking pinky!

There are so many celebrities who wear Gloss Bomb and support Rihanna and her mission for Fenty.  Because Fenty is created for all skin types. These celebrities include (As featured on the Fenty Beauty Instagram page)

Rihanna the Queen of Beauty herself:

As you can see, Gloss Bomb provides a very subtle lip gloss look without it being too sticky!

If you’re wondering how the Fenty Gloss Bomb in Fussy looks when it’s swatched look no further.  I’ve also included swatches of the other colours as well. This photo is from Sephora but also care of Fenty Beauty.

If you’re looking for any Gloss Bomb Fussy Dupes there a few you can choose from.  I’ll warn you that the formula is very different for other brands and the reason why I like this gloss so much is mostly because of the way it feels on my lips.

Mac Lipglass is really sticky – so much so that you’ll notice quite a difference from Fenty’s Gloss Bomb.  Mac’s Beaux is really similar to FU$$Y even though it looks more like a champagne glitter gloss.

This is my top pick for the best dupe for the Fenty FU$$Y Gloss Bomb Universal Luminzer in terms of colour.  I think there are so many pinky nude lip glosses out there it’s really hard to find one that is so similar to the feeling of the Fenty Gloss Bomb.

For now, that’s the Fenty Gloss Bomb review and I encourage you to try one of the colours out and let me know what you think in the comments! Do you think that this is something universal that everyone can wear? 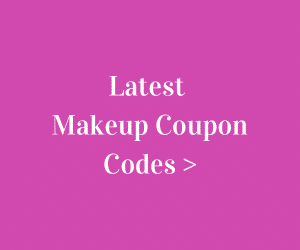